Finally a backyard with room to play

There are many great things about living on a slope in a natural environment, but having a functional space for the family to grow does not come easy. The original landscape was built when the home was built and included a large deck that was starting to rot away and settle because of all of the water that came down the hill and rested at the house.

The Haft’s wanted a much larger space for the kids to play than the deck afforded them. Our solution was to remove the old deck and excavate a large part of the hill in order to create a much larger flat area for living. This space includes a multi-level patio space with two full sized patios. One would be the entertainment & gathering space and the lower level is the play space for the kids. We used up to 36″ Michigan Fieldstone for the major support of the soils in the hill. We also created several seat benches that intertwine with the fieldstone to create an exposed facade which appears to come through a natural stone facade. We also created a separate space for the grill so it did not take up space in the main patio and could also be located away from the home.

A set of natural stone steps from the lower level takes you up to an upper play area for the kids where their play set is located nestled within a great space created by the retaining walls below. Natural shade tolerant plantings are also incorporated to give the landscape the natural feel in their natural environment. 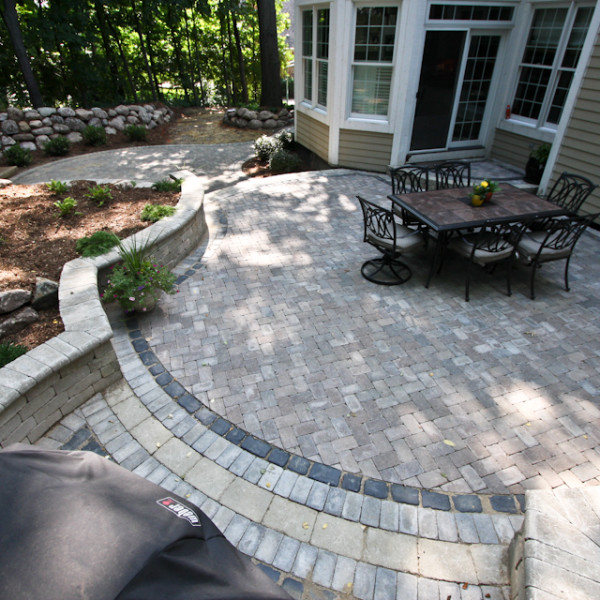 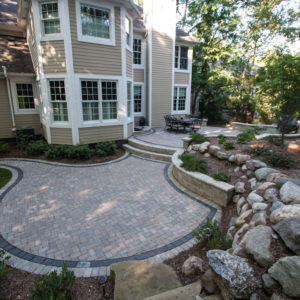 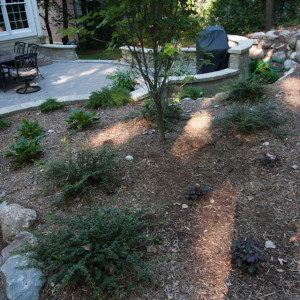 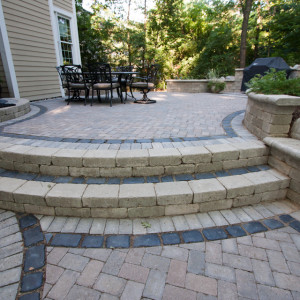 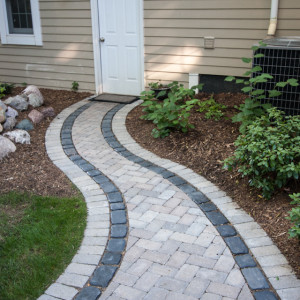 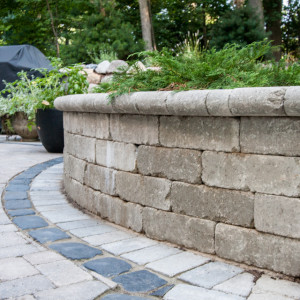 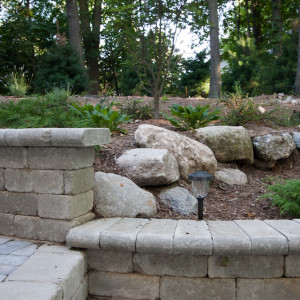 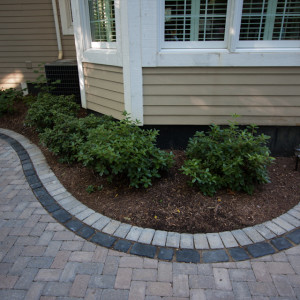 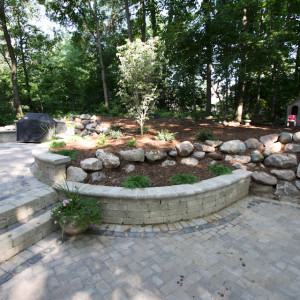 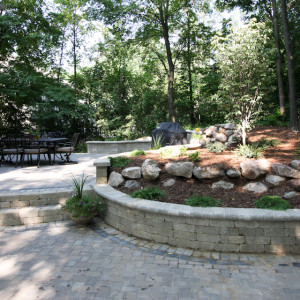 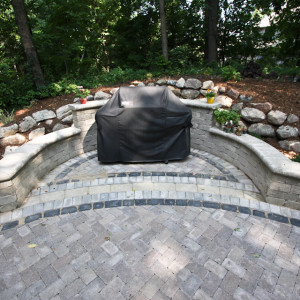 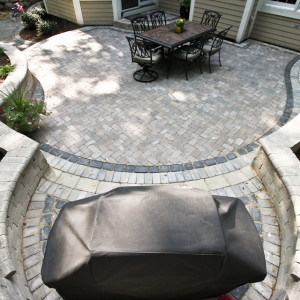 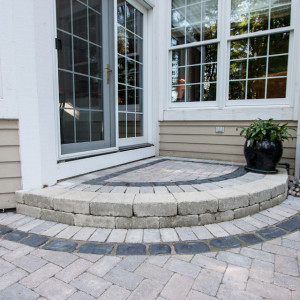 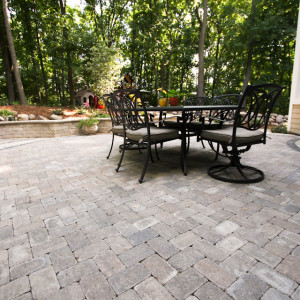 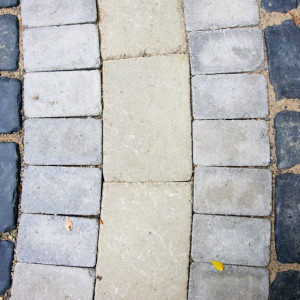