The New Leaf Landscaping Company is a specialty landscape design and construction firm. We create landscaping that is anything but ordinary or cookie cutter. Our firm also prides itself with unparalleled customer service.

We think you’ll find us anything but ordinary!

Peter Katke has always had an affinity for art & design. He grew up taking art classes and went through school studying drafting, architecture, & art. While starting school at Ohio State in Architecture, he gravitated to Landscape Horticulture because of his affinity for the outdoors. While at school he joined a group that was creating the Disneyland of horticulture at Ameriflora ’92 which was a celebration of Columbus’ voyage to the new world. Upon graduation with a B.S. in Agriculture/Horticulture he moved back home to Michigan to begin his new life. After gaining experience at several landscape contractors in Columbus & Ann Arbor, he started The New Leaf Landscaping Company in 1994. Peter is married to Melissa and together they have 3 children, Jillian, Madison, & Andrew.

Jeff began his career at Lawrence Technological University with visions of becoming an architect.  While there, he spent the summers working in the building trades and found a passion for landscaping.   After graduating from LTU, Jeff spent a short period working in an architect’s practice only to realize that his true career lie in landscaping.  Landscaping combined his knowledge of construction materials/methodologies/design with a more creative outlet than architecture.  Jeff spent another 2 years honing his craft with a local Michigan landscape company before forming his own design/build company; Sticks and Stones.  After 5 successful years in business he decided to explore other landscape operations and moved to Wisconsin then later to the Northern Virginia/DC area.  Following an 8 year stay in VA/DC and forming another landscape design/build company, Misty Falls, LLC, Jeff returned to Michigan.  He currently holds certifications from ICPI, NCMA, NALP, Wasthenaw County, SEK, Techni-Seal, CAST Lighting, Unique Lighting, Alliance Lighting, and Techo-Bloc; in addition to several other industry awards and recognitions.

Melissa has been our office manager since our inception. She works part-time managing our office but also managing her children & their busy schedules. On top of that, she works as a Paraprofessional for children with special needs at Manchester Community Schools. With what little free time she has left, she enjoys creating art with Close To My Heart scrapbooking. Originally studying hospitality management and working in her industry, family came first where she spent her time raising her three children, Jillian, Madison, & Andrew.

The New Leaf Landscaping Company is dedicated to providing our clients an exceptional environment in which to live.  Our clients will appreciate our concern for their use and longevity of their environment as well at the value they receive for their investment.  We will provide the client with a landscape that is built upon their wishes and interests to achieve their goals for their home.  We will install our product to the best of our ability to ensure longevity and satisfaction.  We understand this is an investment in their home and life and will treat our clients with respect.

Our landscape crew leader is one of our most important positions. To qualify for this position you must:

Have crew management experience for at least 3 years with 5 years landscaping experience in all aspects of landscape installation. Brick paver & concrete experience a plus.
Respect our clients and their neighbors during the construction process.
Be able to interact with professionalism, knowledge and confidence with our clients.
Lead our crews by example and positivity.
Possess knowledge and experience in constructing landscape projects with attention to detail.
Possess or obtain a Chauffer’s license.
Possess or obtain a medical certificate.
Have no major violations on your license and no alcohol related offenses within the last 4 years.
Pass an pre-hire drug test and background check and subsequent random testing.

We are seeking qualified individuals to work on our landscape maintenance crew.

We are currently seeking a part time mechanic to help maintain our fleet of vehicles and equipment during the season. Generally 8-12 hours per week during the peak season. Weekend work will be required, typically Saturday, but we can be flexible. Experience with mechanics and diesel engines is required.

If you are interested in applying for any of the above positions or know of anyone seeking employment, please click the link below to apply. You will be required to provide a resume. 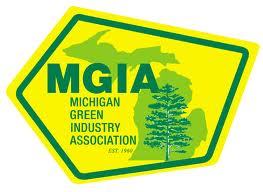 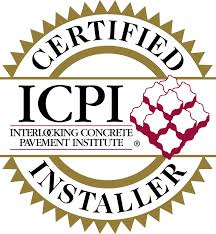 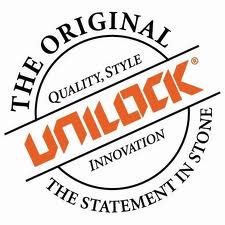